The Forum for your Heartfield Guitar and Bass needs

So, first, the story.

In 1989 I had been out of The Marine Corps for about a year and was looking around a local music shop, drooling over all the stuff I couldn't afford. I picked up an EX-1 in black pearl and fell in love. I looked at the price tag and fell over. There was no way a little farm boy could afford a $900 guitar. In today's dollars, as of December 2021, that would be over $2,000. Still, I loved the guitar. It was everything cool about the late 80's guitar gear. I put the guitar back on the rack and walked out of the store, but never forgot the guitar. As time went on, my buying power increased, but by then I couldn't find the Holy Grail guitar. Still, I kept looking. For 30 years. I happened in a local pawnshop that was closing its business down and lo and behold, an EX-1 in black pearl! They wanted $350 for it. I tried it out and figured out that the input jack was bad and it sorely needed a fret dress. I haggled on price for a bit and walked out the door with it. Turns out, it included the original hardshell (Not Heartfield branded) case that it had been sold with. So, for $400, including a full fret re-crown and dress and setup, I had my dream guitar.

The guitar is all original except for the input jack and Schaller locking strap locks. I have the original term arm, but it's not in the photos. I will eventually swap the tuners out for D'Adarrio self-trimming locking tuners just to make string changes easier. I'll probably;y also find another term arm that has a profile I like more, but I'll keep the original. I doubt it is the exact same guitar, but based on the serial number, and the fact that it turned up in a pawnshop about 3 blocks from the music store where I first saw an EX-1, it could possibly be, even though there was 30 years between them.

So, all that said, here it is. 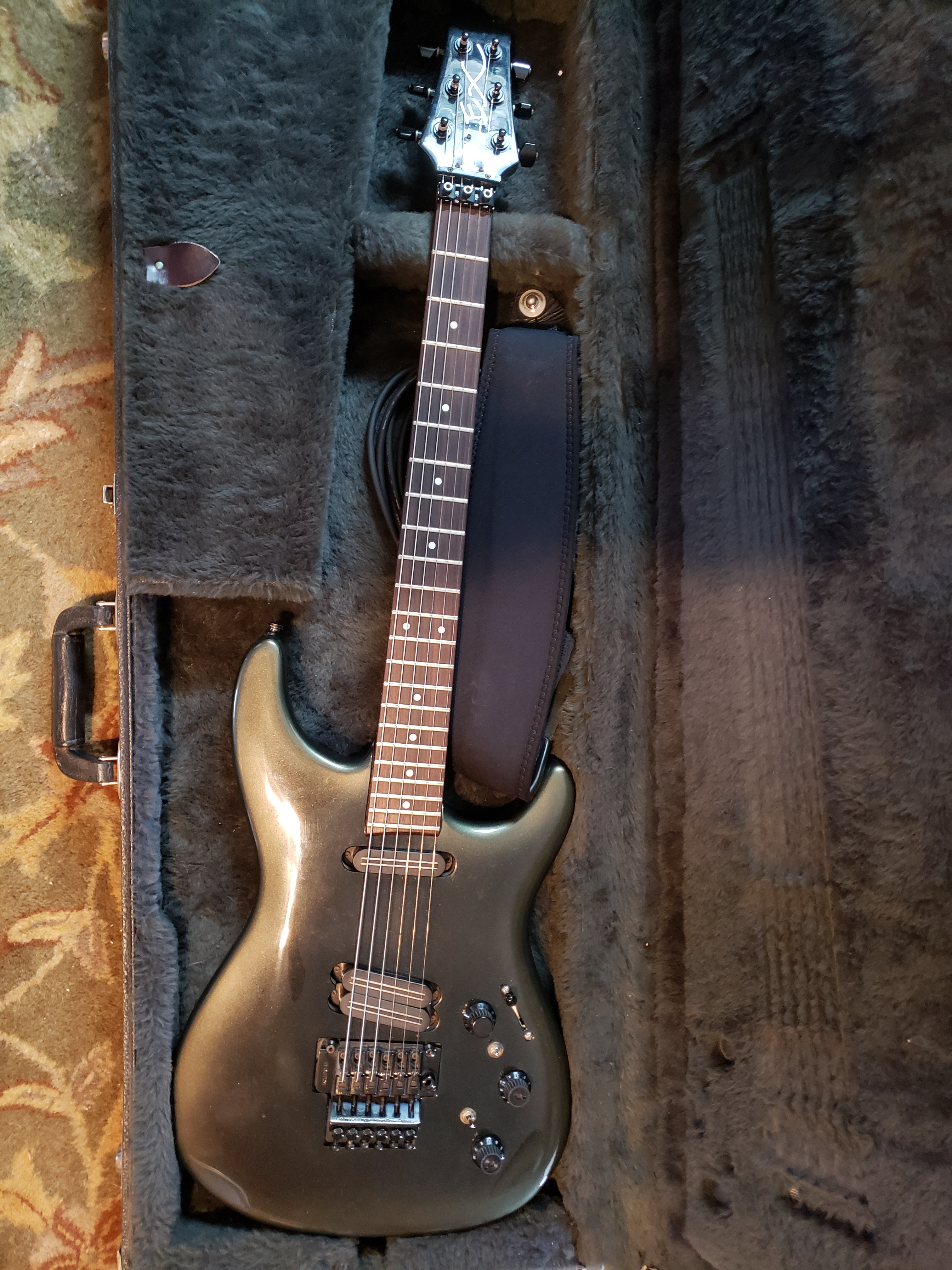 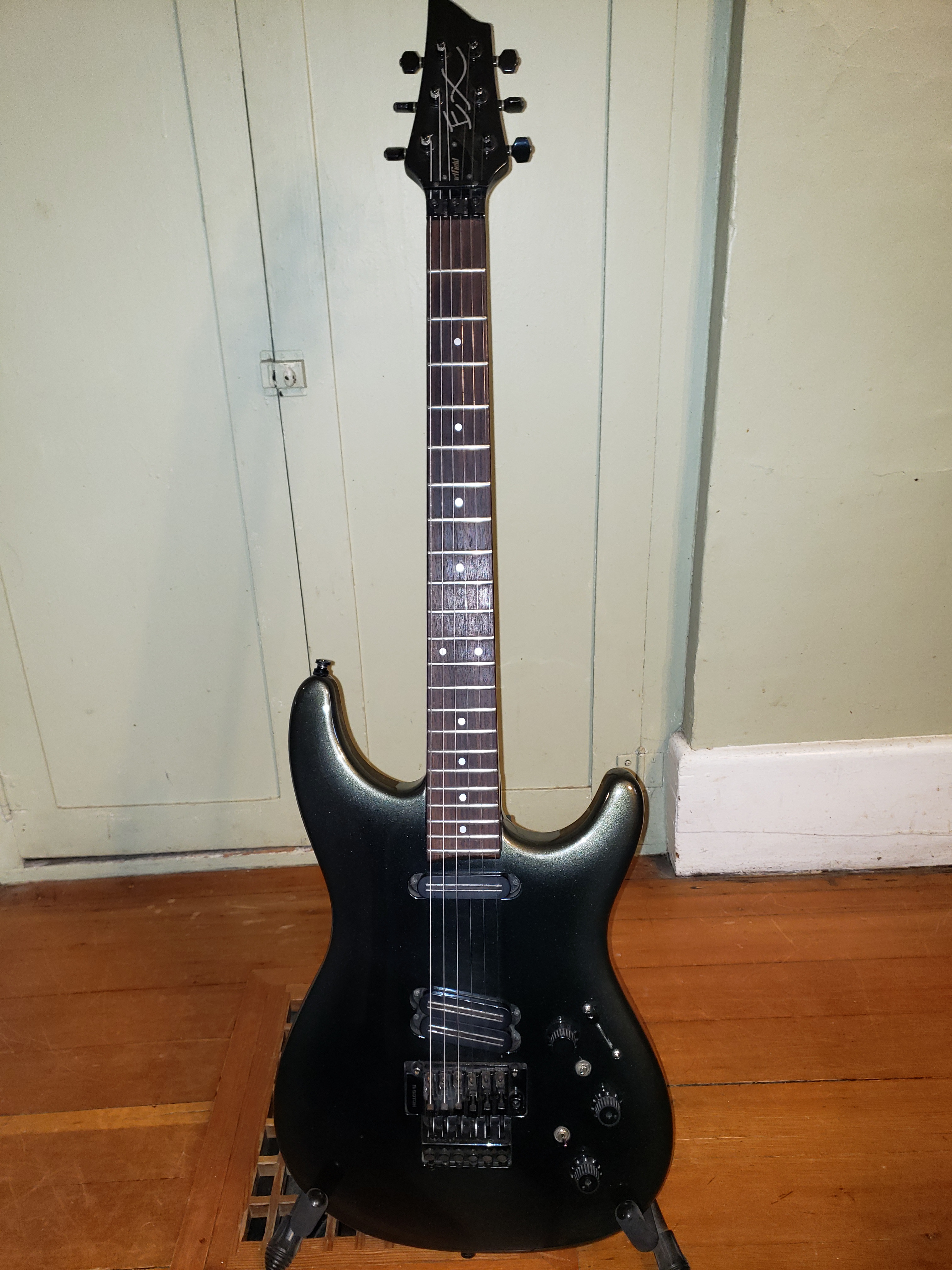 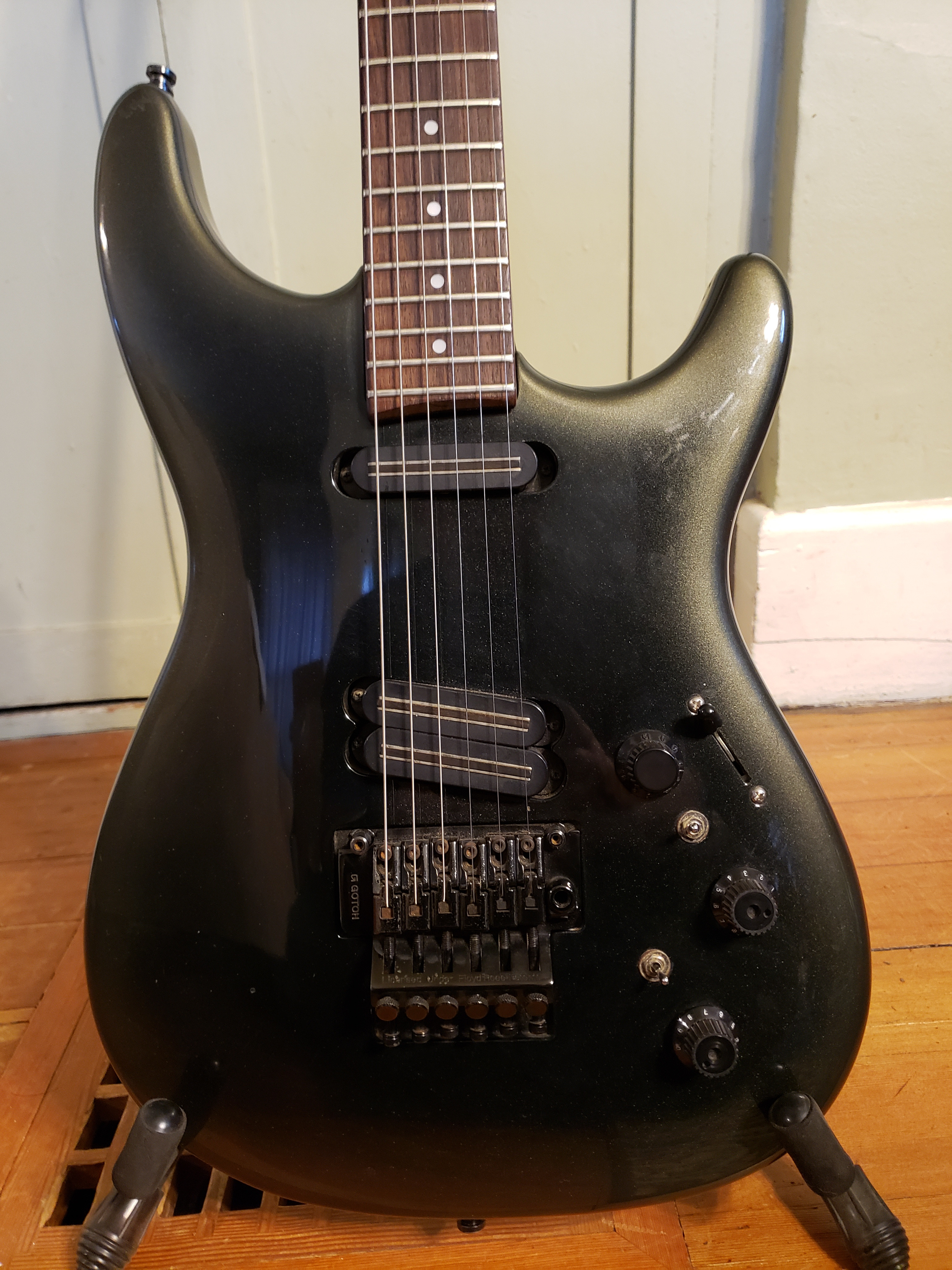 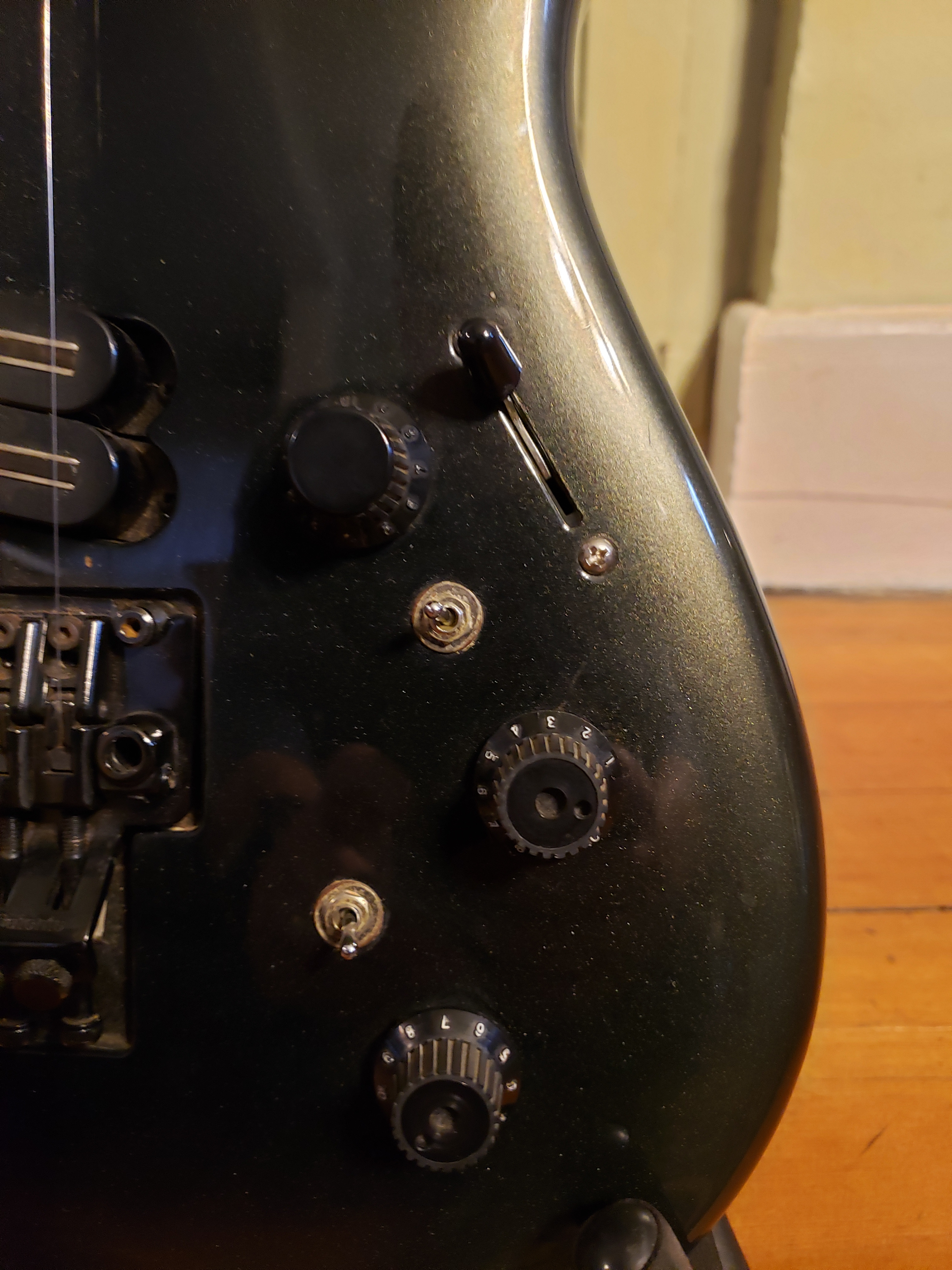 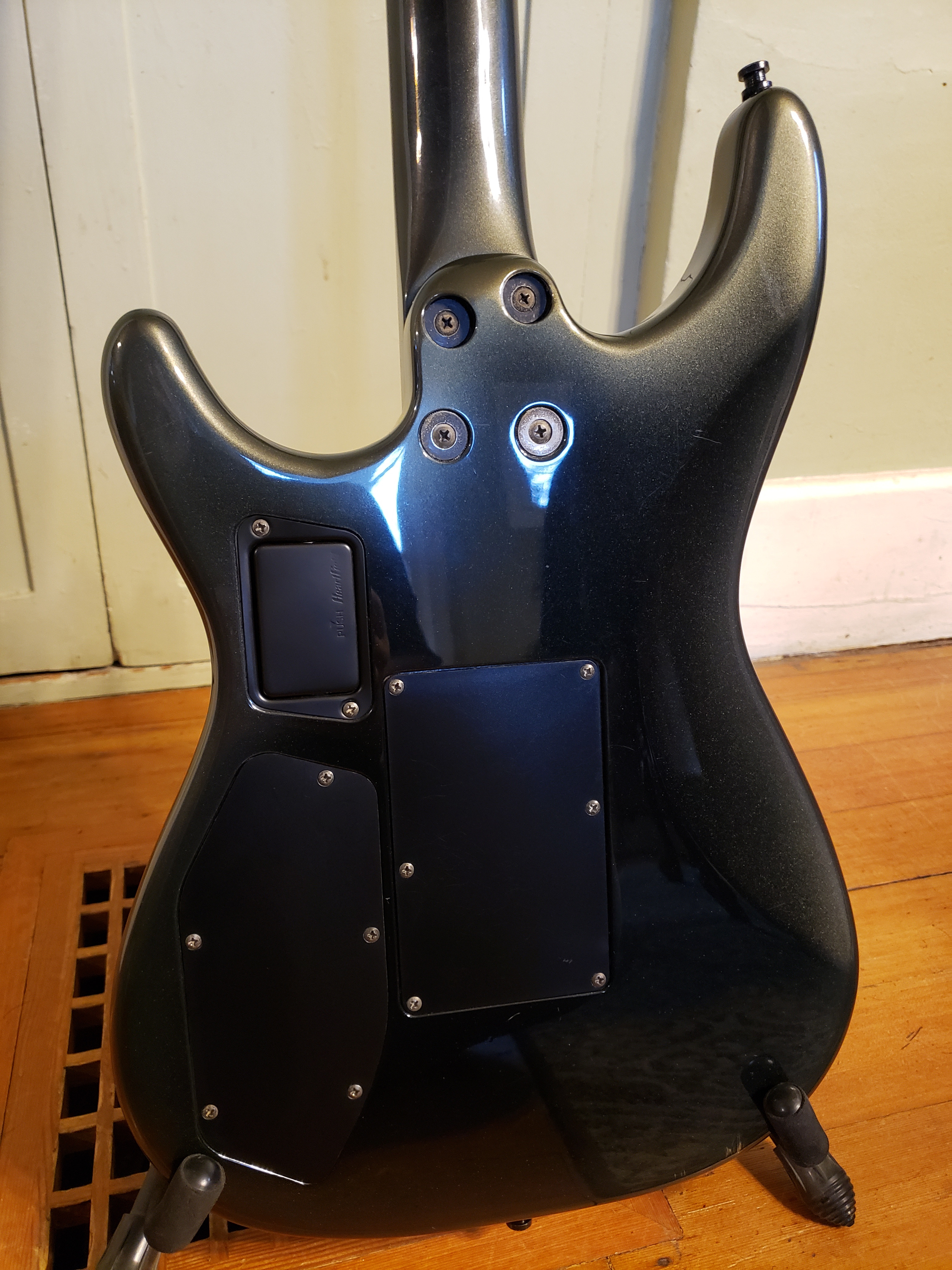 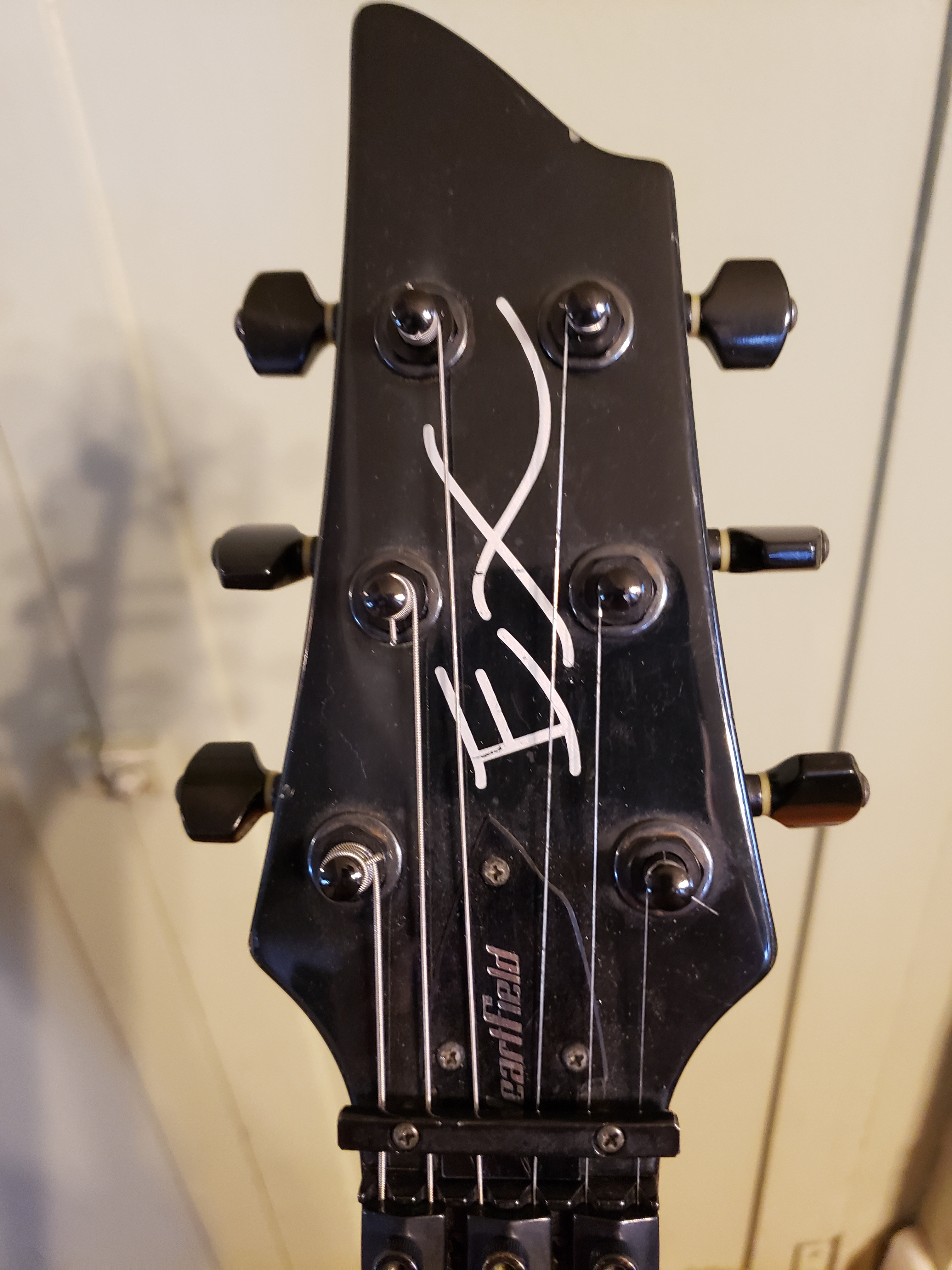 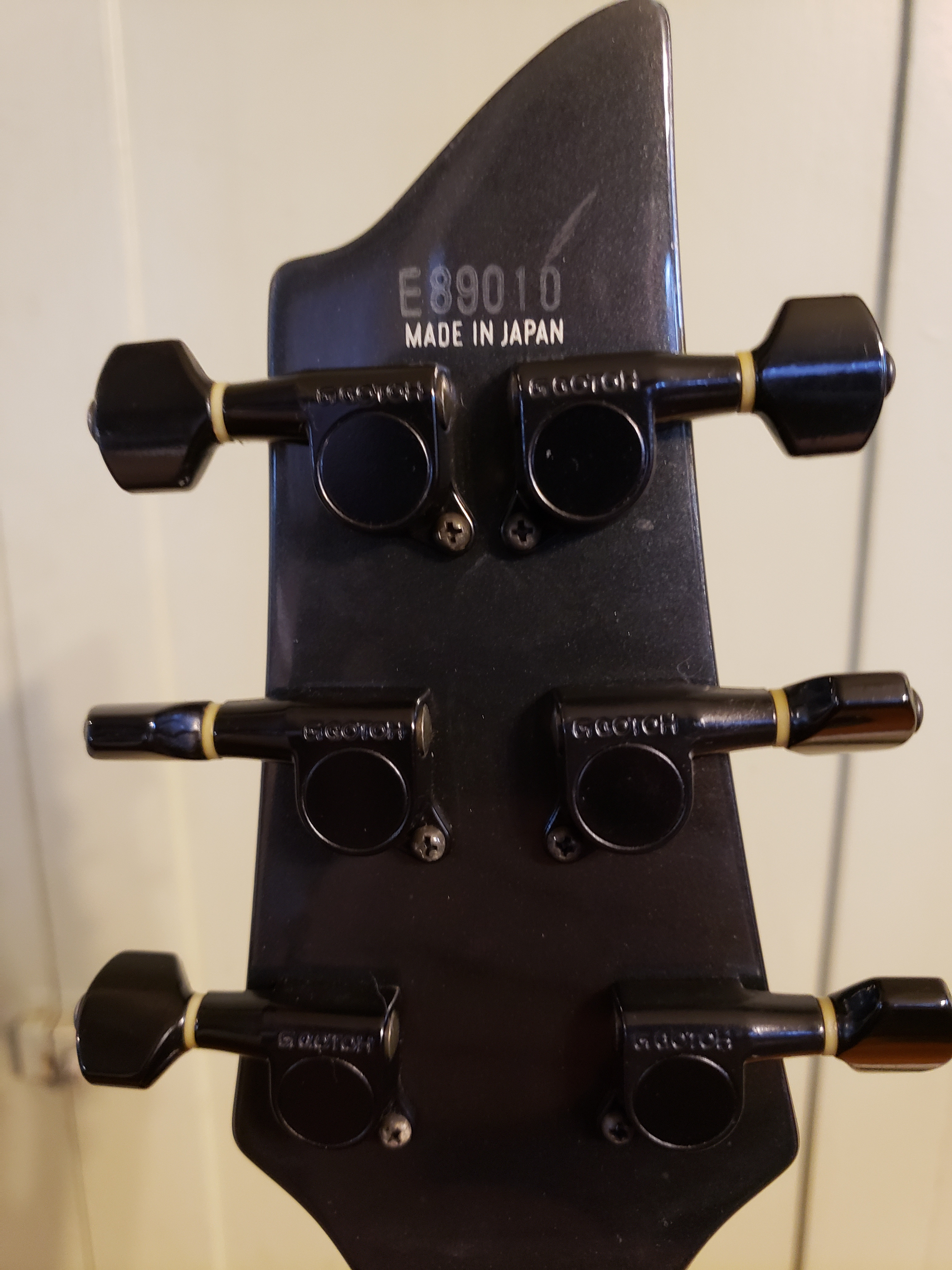 I posted this in another thread, but I'll drop it here as well just to be complete. 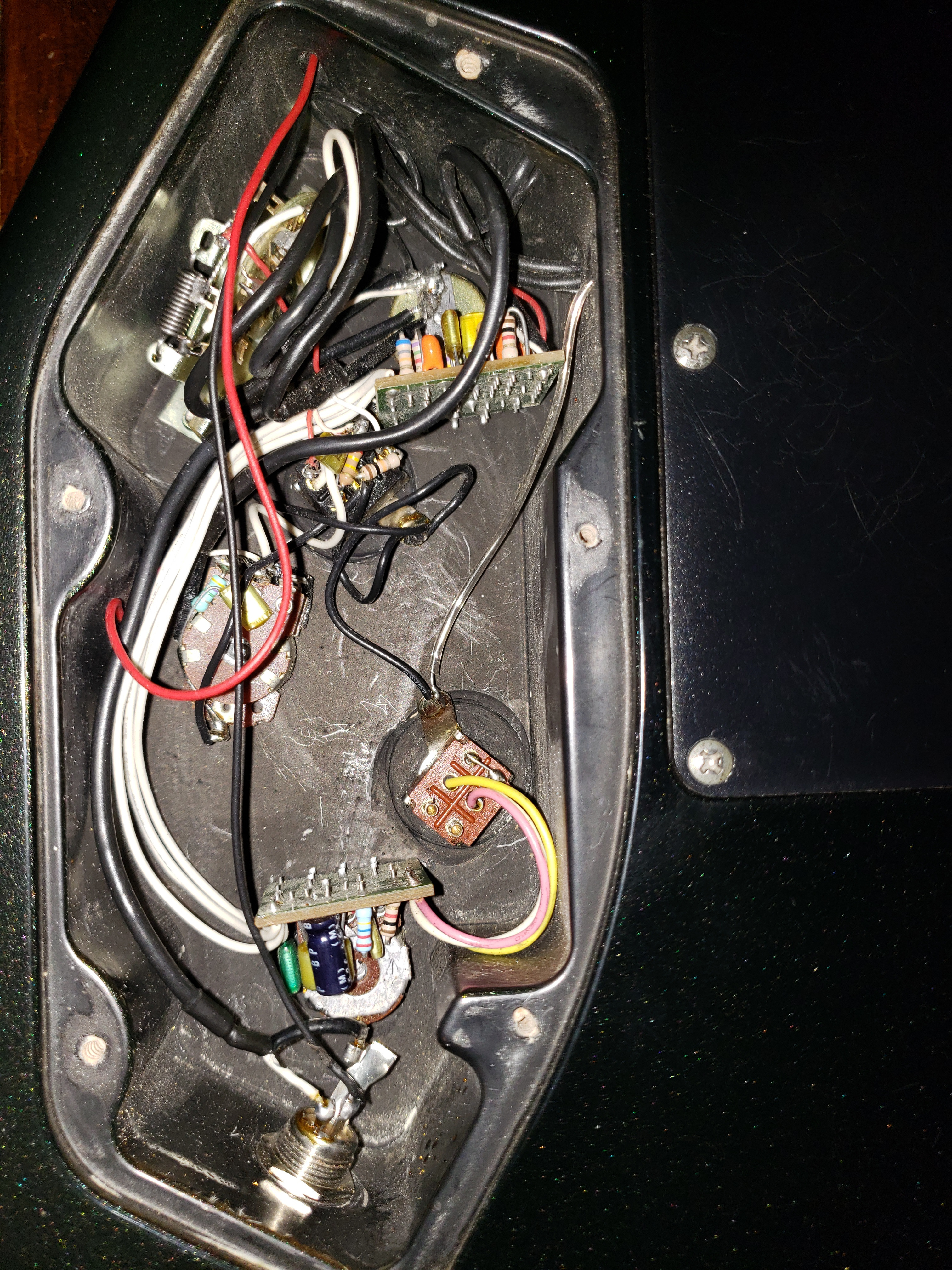